‘This is not real!’ (if you know what I am quoting, I will seriously love you forever.) Seriously though, this past week has flown by and this transfer is only 5 weeks so everything is just going too fast. Blarg!

On Monday we went to the Haribo Factory, the inventors of gummy bears. (jealous Kirsten?) I then tried to pack my life into 2 suitcases, but that was kind of just a fail. I even left my 8 dollar giant grandma coat behind!! And my precious Tafel Animal bags. Wow, I sound like a hoarder at times. hahah.Tuesday came around and before I knew it I was on a train to the capital of Germany. In all the hectic rush of things, my name tag fell off and under the train! It reminded me of a terribly awful story someone once told me about a train man whose son was on the tracks and he could either save his son and the train loaded with passengers would die or his son would die and no one would know about his pain. my name tag was smothered by the train, and no one knew my pain. (okay, my story is 100x less depressing, but still took a pull at my heart-strings.)

Right after dropping off the stuff at the apartment, Sister Ahrenholtz and I went to an appointment with an adorable girl from Nepal. We’ll call her…Nepalia. (ha, clever huh?) Nepalia is Hindu but just loves learning about Jesus. We taught her how to pray and explained that it’s just like skyping with her family back at home. She said the most adorable prayer along the lines of ‘Hello dear God, what do you think of this weather? I love it! Thank you. And thank you for my Sisters. I’m so excited to hear about Jesus.’ Another pull at the heart-strings. So adorable!

I feel like everything is adorable now! That is probably the most common word in the conversations shared between Sister Ahrenholtz and I.ADORABLE! She is adorable. We get along like two peas in a pod and are having an adventure here in the big city. We spent a lot of time finding this week, and there wasn’t a dull moment. We found people from Turkey, Lettland, Bangledesch, Egypt, Germany, and Camaroon. Can you say WORLD TOUR?!

We also found the most adorable obedient little boy. We were dooring a skyscraper and a little boy answered the door. He said his mom was asleep so we just gave him a card. He shut the door and we went to the next. Not 30 seconds later, he opened the door again and said with terror in his eyes ‘I’m not allowed to take things from strangers.’ He held the card out and we took it back. He shut the door and of course we squealed ‘sooooo adorableeeeeeeeee.’ heheheh.

The best part of the week though was no doubt GENERAL CONFERENCE! I haven’t seen every session yet, but I think the Olympic talk was one of my favorites. (if you already forgot, this sister is obsessed with the Olympics and he even mentioned ma girl Torah Bright!) I was also touched by Elder Holland’s talk. It reminded me of a SNL sketch called ‘Really?! With Seth and Amy.’ That talk was phenomenal. Go watch it. Actually, go invite your best friends (Ben&Jerry) and snuggle up on the couch and watch all of conference. You won’t regret it, I swear! just click this. https://www.lds.org/general-conference/sessions/2014/04?lang=eng

Spring time for Helzer and GERMANY. (sing to the tune from that one song in the producers)

my name tag fell under the train and was smashed to pieces!! 😦 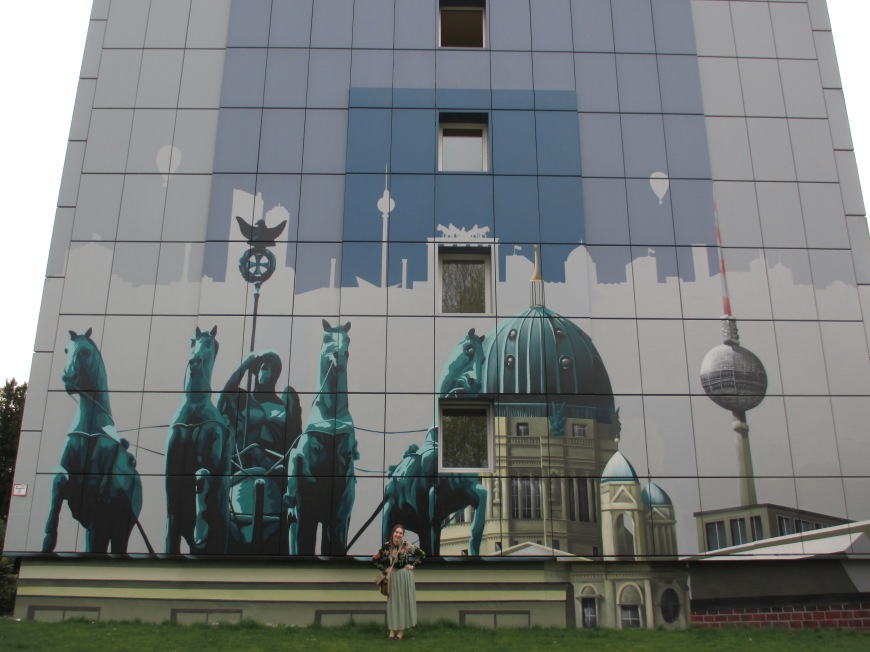 cool german graffiti. It’s everywhere here, even in the elevators!

The most precious little human being. (she dressed me with the head jewelry, I swear.)

she is also my childhood doppelgänger. a cabbage patch doll no doubt!

Sister A found the cutest store called Zweite Liebe (2nd Love) and I bought the most adorable tape there. I felt like a little japanese school girl in that store! 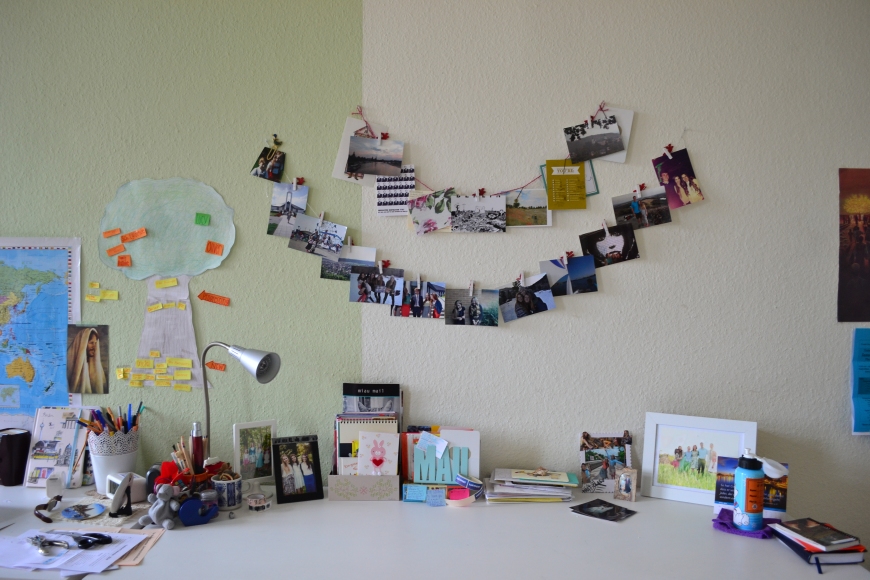 picture of my desk.