First there was blind Daniel….now there is deaf Daniel. That’s right, Sister Miller and I are teaching a deaf man named Daniel. I honestly never thought that I would translate from German to German Sign Language, but hey, I also never thought Amanda Bynes would go down hill and look at that situation. Anyways, teaching Daniel has been an amazing experience. We are currently learning GSL (which is not like ASL, unfortunately since I took a year of that in high school) and our lessons are like one giant game of charades. I love charades.

I also love working with Sister Miller. She is from Oregon (shout out Hannah Call) and is one of the funniest human beings ever. I am getting a 6 pack from laughing so hard. For example….we were talking with people on the street and one of the guys could speak very little German. He said he was from Russia so I said the one sentence I know in Russian and he then assumed I could speak perfect Russian. I just nodded my head and kept repeating back whatever he said to me. Sister Miller, being the prepared soul she is, had a Russian pamphlet about the Plan of Salvation so she pulled it out for him. At first he didn’t want it, but then we opened it up and pointed to things and pretended to pronounce them in Russian and he gladly took the pamphlet. He then hugged us farewell and happily strolled away. Sister Miller, in tears of laughter, turned to me and said ‘I didn’t know you could speak Russian ‘ ‘I didn’t either.’ I busted out. That is just one of the many experiences Sister Miller and I have had together in the past week. Hide yo kids, hide yo Russians, hide yo deaf people, cuz sista miller ‘n’ helzer are gonna come and convert em.
We had the opportunity to go to Berlin on Friday for a special conference. I learned so much, my brain needs a trash can to wipe out all my stupid celebrity gossip from before the mission and make more room for all the important things. We are really focusing on preparing the mission before Elder Bednar comes through our Loyalty, Prudence, and Resilience. I’ve been thinking a lot about those three words since then, and how I can improve in each aspect. For my fellow missionary friends, I invite you to ask yourself the same question.
Oh no. The afternoon crowd of weird people just entered the internet store. That means it’s time for us to log off before we get ANGEBAGGERT. (hit on).
Have a wonderful week! Stay in touch,
Sister Helzer.
p.s. J.W.B. let’s get these emails rollllling.

transfer day!!!! I got to say goodbye to dear old Sister Hansen, who is now home. gasp. Were we not in Schwarzenberg yesterday?!

Mark had this creative picture idea but we kind of ruined it. 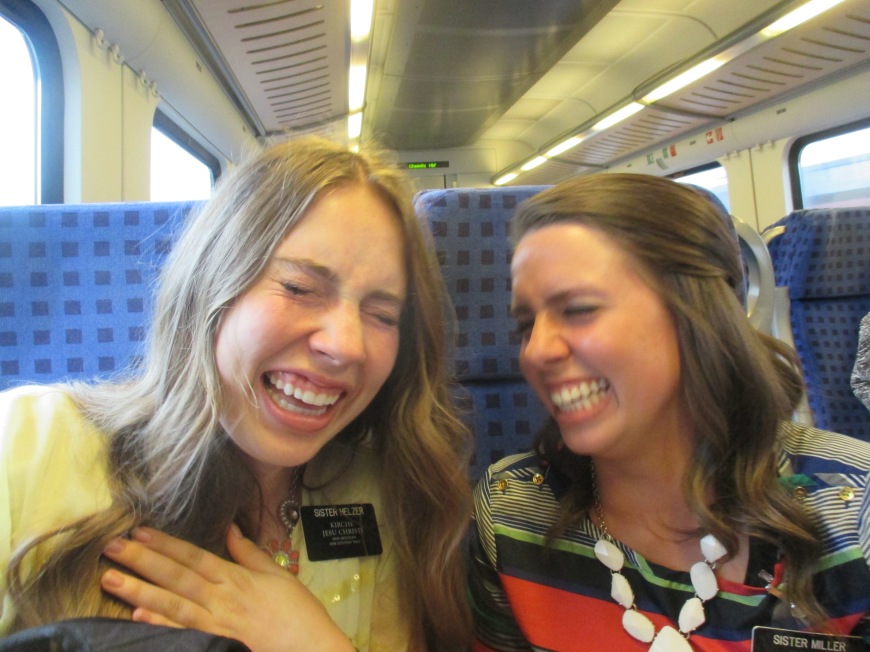 on the way to berlin we came up with new handshake ideas and wanted to take a photo but couldn’t stop laughing in time. 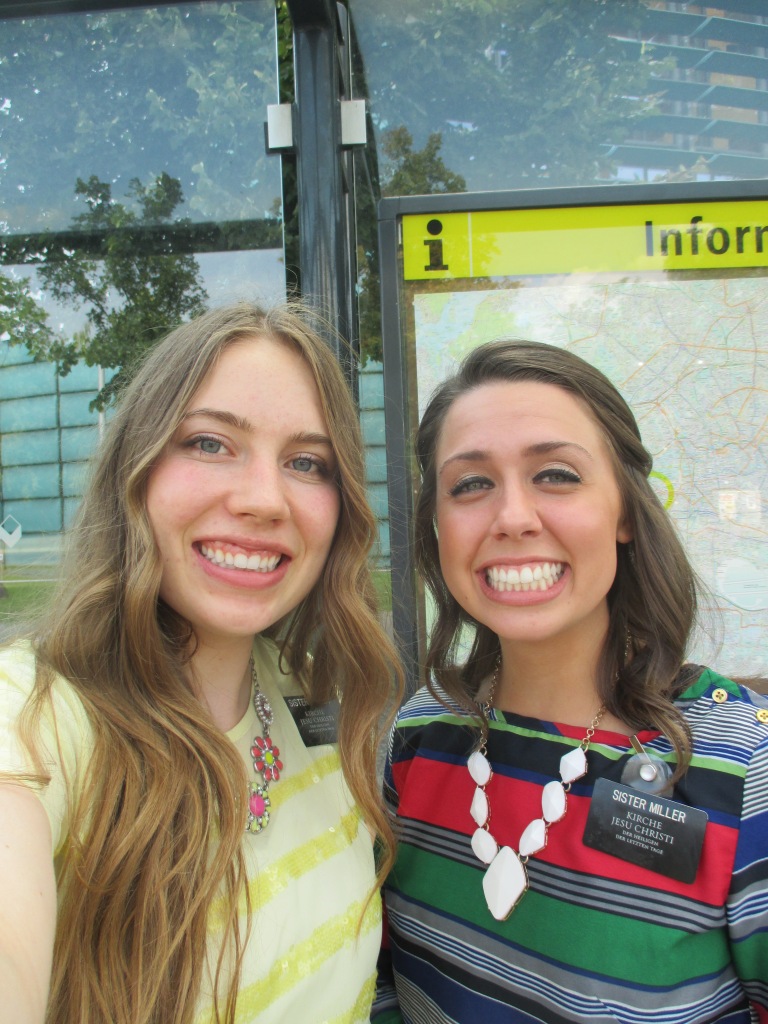 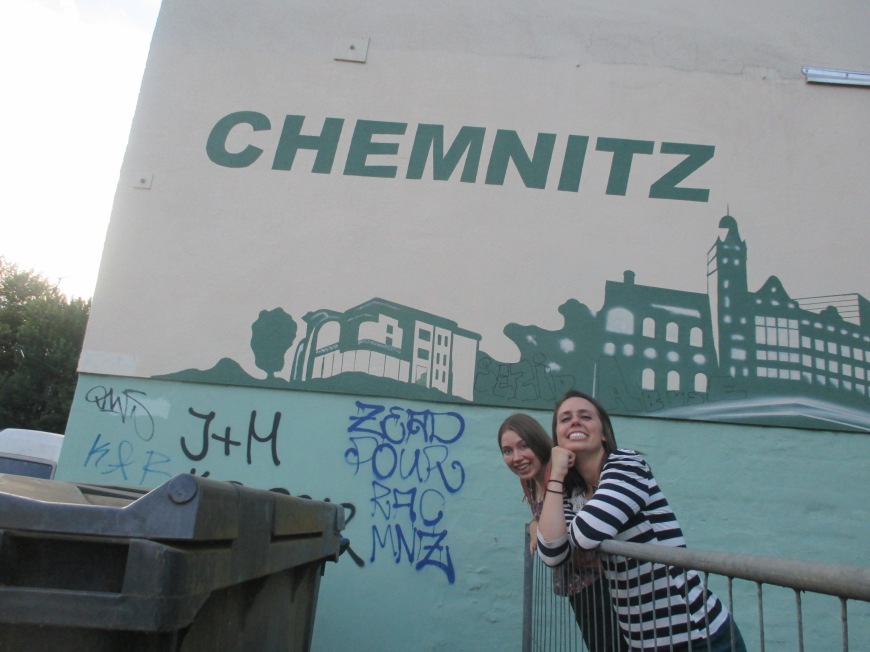 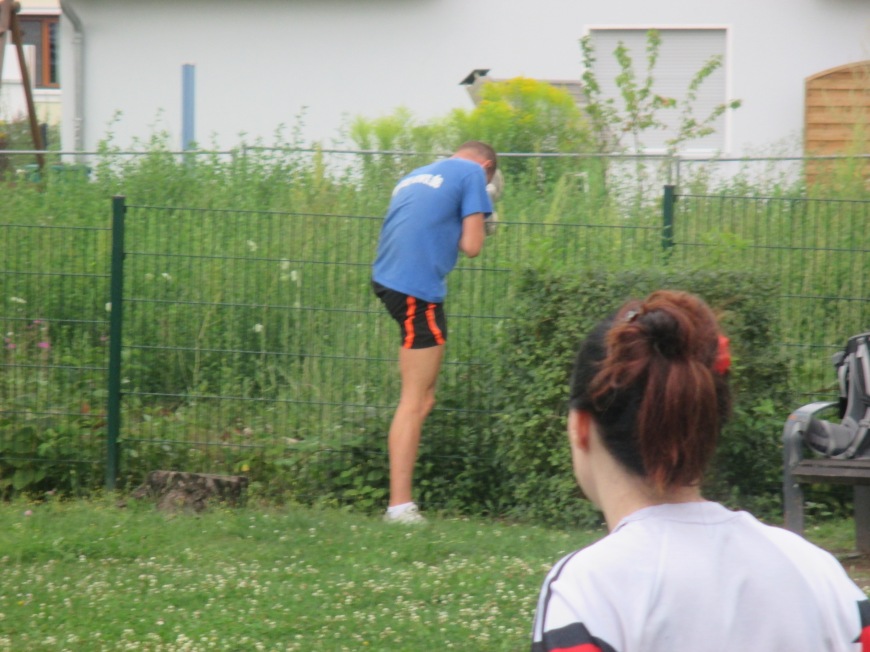